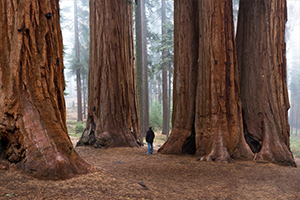 But seek first his kingdom and his righteousness, and all these things will be given to you as well.– Matthew 6:33

In the past, the word pursue had a negative connotation to me because it was usually in the context of chasing something I could never seem to catch – pursue your dreams, pursue a career, pursue your goals etc. I never understood how to achieve those grandiose ambitions.  Pursue is a verb, an action word. So, when the Holy Spirit revealed it as my word for the year, I, like every other time in my life, began in my own strength…I need to pursue, it is my effort, I am in control. But…

Like Lori, while I want to be more of a Mary, He made me a Martha.

As I continued to pursue in my own strength, I noticed my flesh and spirit increasingly conflicted. I would get up early Monday morning and enthusiastically read my Bible and pray. By Wednesday, it was no longer enthusiastic and by Friday I slept straight through my self-appointed “pursue” time. I would beat myself up and again found myself experiencing the negative, unmotivated response to my efforts. Fortunately, the truth that my flesh was crucified with Jesus and my spirit was given by His resurrection revealed His pursuit of me. As this began to sink in, I noticed NOT in my appointed “pursue” time but instead, in the small moments of daily life…something I would read in my Bible, something my child would say, a decision I needed to make and pray about… I would see Him, hear Him, find joy in Him. The less of me that I brought to the pursuit, the more I noticed His pursuit of me and His spirit overcoming my flesh.

I feel more and more daily the conviction of the Holy Spirit and instead of pursuing in my own strength, rely instead on His.

“The God who made the world and everything in it is the Lord of heaven and earth and does not live in temples built by human hands. And He is not served by human hands, as if He needed anything. Rather, He Himself gives everyone life and breath and everything else!” -Acts 17:24-25

For that, I am so thankful!

Are you pursuing in your own strength or His?

God added Sarah to the Leadership Team officially in January 2013, but she had been praying over the idea and culmination of it with the founder’s wife for many years. Her many different responsibilities with BBT have evolved into her current role as the Curriculum Editor. She previously worked in the corporate world and has also been a small-business owner. She understands the differences in the dynamics of those environments and loves how BBT curriculum applies to both. Sarah is a graduate of Truman State University with a double major in Business Management and Psychology. She lives with her husband, Jason, and three daughters in Cape Coral, Florida where they are active members of New Hope Presbyterian Church.